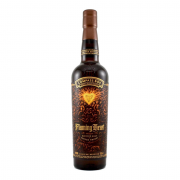 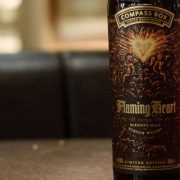 First released in 2006, Flaming Heart was the first whisky to combine the rich, complex spice of Scotch aged in new French oak with the evocative peat-reek smoke of Islay malt whisky.

It created a genre-defying style that was smouldering, spicy, complex – and so popular that we’ve re-released it five more times in the years that followed.

In this 2018 edition, we have reintroduced a subtle sherry-cask influence that adds an additional layer of complexity and richness. A medium smoky-peaty base is enriched by a sweet maltiness and notes of baking spices and dried fruit.