FREE DELIVERY for WEST MALAYSIA with minimum spend of RM500 and above.
View cart “Suntory Fever Trio” has been added to your cart.

Iron Balls Gin Distillery was conceived and designed by Ashley Sutton, an Australian bar and club designer who has made something of a name for himself in Thailand, Having conceived such world famous establishments as Sing Sing, Iron Fairies and The Bookshop Bar.After years spent creating fantastical grown up playgrounds for other people, Ash decided in 2015 to embark upon his own project, thus A.R. Sutton Engineers Siam bar was born. And subsequently renamed…

The scent of tropical fruit steers the gin, meaning you can’t smell the strong scent of the ethanol., Juniper doesn’t make it through on the nose, but the ginger and cinnamon burst in, bringing with them a distinctive warmth. 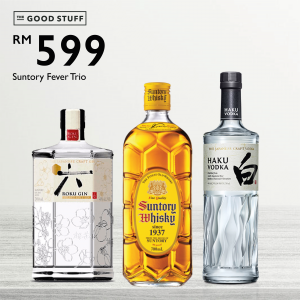