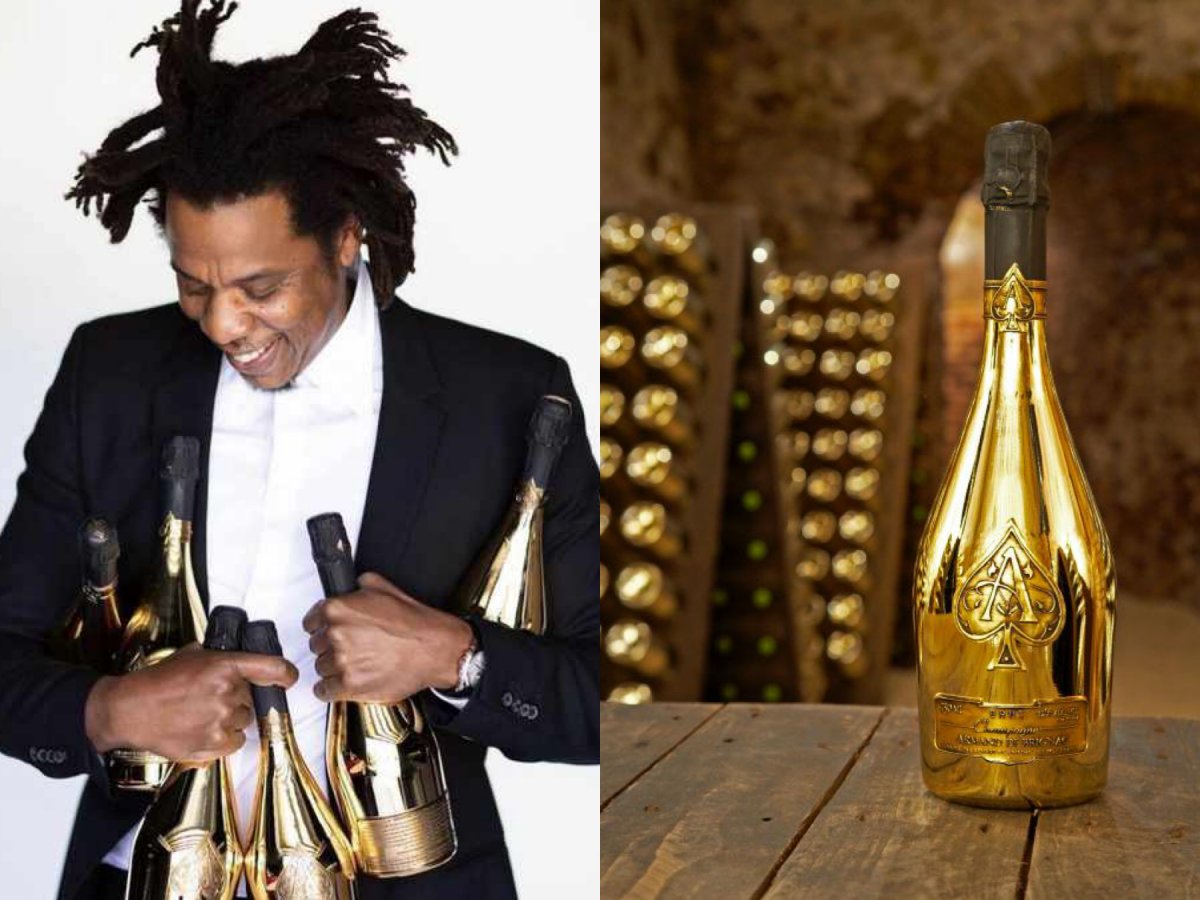 Is Whisky Better With Water? Here Are The Best Types of Waters For Your Dram

Armand de Brignac, which is more commonly known as Ace of Spades due to its distinctive bottle and logo, has recently become one of the most popular brands of champagne on the market.

This is in no small part due to its recent acquisition in 2014 by iconic rapper Jay Z which boosted its prestige and desirability and can now be found in shops, restaurants, clubs, and bars all around the world.

The distinctive Ace of Spades Gold Bottle appeared in one of Jay-Z’s songs, Kill Jay Z that was released in 2017. It was quickly followed by the announcement that he had bought the company in November 2014.

Since then the popularity of the champagne has soared and is consumed by plenty of rich and famous celebrities all over the world. And it even has a rosé variant now.

The entire process of producing an Ace of Spades bottle of champagne is done to the highest standard by a small production team. The 18 chosen to be intimately involved in the curation of the bottle are not pressured to produce high volumes, so they can instead focus solely on crafting the highest quality product they can.

Each year they scour the Cattier family’s vineyards in search of the finest grapes to qualify for their champagnes.

Blending three vintage wines is a process that is special to Ace of Spades Champagne, which combines the characteristics of the three crops to create something truly unique.

Each Ace of Spades bottle is finished by hand and a French pewter label is added to each. When it comes to yield, each year the Cattier family produces approximately 60,000 bottles of champagne, which is low when compared to other popular champagne brands.

Beyond its luxurious gold plated facade, pewter label, jaw-dropping price tag, connections to the famous artist and the hip hop world at large, what truly sets Champagne Armand de Brignac apart is the fact that it is produced by winemaker Jean-Jacques Cattier and a staff of just fourteen craftspeople at his family estate in Chigny-les-Roses, France.

Sourced from the three most famous parts of Champagne, France, Armand de Brignac Brut Gold utilises a balanced blend of Chardonnay (40%), Pinot Noir (40%), and Pinot Meunier wine (20%) to create their most popular blend to date.

Beyond the green gold hue and persistent mousse there is an impressive vanillin richness, hints of acacia and buttered toast; ripe semi-tropical fruit is grounded by soft chalk, powdery yet discrete.

This specific blend coupled with a truly unique oak cask maturation process and slow ageing process in one of the deepest and coldest cellars in Champagne, France has created a truly unique champagne with a lot of buzz around the brand.

The Rosé comes in an attractive light pink bottle with the instantly recognisable ace of spades logo. Three vintages are again used in its make up with the majority coming from old vine Pinot Noir from Montagne de Reims.

These grapes have an intensely strong flavour which gives this Rosé a red fruit layer along with aromas reminiscent of finely baked pastry. The nose gives a strawberry and currant taste, combined with almond and a floral touch. The palate overflows with cherries, black fruits and the previously mentioned baked pastry effect.

A beguiling almost savoury depth is immediately evident, courtesy in no small measure to the quality of the red wine. Old vines and a young wine; wisdom, depth and youthful energy in this instance make up a winning combination.

Get your very own bottles of Armand de Brignac from The Good Stuff at our online shop now! We deliver on the same day for customers in the Klang Valley!

Is Whisky Better With Water? Here Are The Best Types of Waters For Your Dram

Calling All Gin Lovers! Here’s Your Chance to go on a Ginventure This June